Dr. Morris Prigoff passed away on March 4, 2021, after a serious six year illness. He was lovingly cared for at home by his devoted wife Michela, whom he referred to as “my wife for life’”. They were blessed with 19 beautiful years of marriage.

Dr. Prigoff grew up in Syracuse, New York, and was a graduate of the University of Syracuse and the Ohio College of Podiatric Medicine. He was a proud member of the Texas Podiatric Medical Association and a sponsor of the March of Dimes and American Heart Association. A podiatrist of 45 years in Oak Cliff and North Dallas, Dr. Prigoff was loved by his patients for his wonderful care and generous, fun-loving spirit.

At 6 feet, 2 inches tall, Morris had a bigger-than-life personality and a gentle, generous nature. Also known as “Moe”, he gained fame on the show Storage Wars Texas. He loved travelling, teaching, swimming and basketball, gardening, collecting art and his wife’s excellent cooking. He was the owner of River Regency, a mid-century modern furniture and antique store. He had a knack for buying and recreating special pieces and a great love of art and collectibles.

Morris will also be lovingly remembered by his daughter Gina Leonard, son-in-law Paul, grandsons Gavin and Zachary, sisters Rosella Heumann and Suzanne Achleitner, step-son Chase, and many loving nieces and nephews. He will be remembered as well by fans all over the country, and by his many devoted patients.

Funeral arrangements will be completed by Sparkman-Hillcrest in North Dallas. A memorial service will be held later this year as we gather in person to remember and celebrate Morris’ life. In lieu of flowers, contributions in his memory may be made to Congregation Beth Shalom in Arlington Texas.

Morris Prigoff passed away March 4, 2021. He had practiced in Dallas for 45 years and was loved by his patients.  He was a Past President of TPMA and a Residency Director. He was well known outside of Podiatry from appearing on the television show Storage Wars: Texas. – Chris Bowers, DPM

It is with great sadness that we announce the death of Mona Ilene Feigenbaum (Dallas, Texas), who passed away on December 23, 2020, at the age of 62, leaving to mourn family and friends. Family and friends are welcome to leave their condolences on this memorial page and share them with the family.

Louis Michael Antahades, 4/26/32 -11/30/20. Born in Erie, PA where he attended Academy H.S. and Gannon Univ. Matriculated to The Ohio College of Podiatric Medicine graduating in 1956. He served in the U.S. Army stationed at Ft. Chaffee where he established a foot clinic for the service personnel. In 1958, he came to Dallas to establish his podiatry practice. He helped in organizing the Great Southwest Hospital in Grand Prairie where he also served for five years as Chairman of the Board of Trustees. His surgical experience represents well over 30 years. Dr. Antahades has authored papers in the Journal of American Podiatric Med. Assn. and articles relating to the Biomechanics of Skiing. Among his many services he was President of the Dallas County Podiatry Society, Chaired a Legislative group of Antidiscrimination bill that successfully became law in Texas. Too many rewards to mention but one that he was proud off was Humanitarian and Brotherhood of National Conference of Christians and Jews.

Music was always agreat part of his life beginning in H. S. where he played the Saxophone and Clarinet and later in the 90’s formed the Glen Dorsey Band &Orchestra performing for numerous social functions and for 10 years as the main entertainment for the Military Ball. His love of the mountains and outdoors would find him hiking, camping, skiing and serving as an instructor in Idaho for the Natl.

Forest Service. He also found time to teach Sunday School at several Greek Orthodox Churches and later enjoyed Mass with the sisters and parishioners that attended the Holy Family of Nazareth Convent in Grand Prairie. He is survived by his wife, Judyth, daughters Katina, Anastasia and Michaelina Antahades and son-in-law, Eddy Tann and step children, Macie and Lindsey.

His cremated remains will be placed at the memorial in the National Military Cemetery in Dallas.

There will be no funeral but a celebration of life sometime later. May his memory be eternal.

He was a profound leader of TPMA legislative agenda. His close friend was Congressman Chris Semos.

He was a leader and loyal member of TPMA for MANY years.

It is with a heavy heart and great sadness hearing of the passing of Dr. Gil Guster on September 12, 2020, my peer, my mentor, and especially one of my dearest friends. Gil was one of our unsung leaders of podiatry in the Houston and Clear Lake, NASA community during the ’70s through the ’90s. He never said no to helping or guiding any new podiatrist moving into the area.

He was held in great respect not only by his fellow podiatrists but also with the MD community. He will be missed by many but never forgotten. My condolences to his wife Evie who lives in the San Diego area where they have resided together for the past several years. He is also survived by his two adult children and their families.

Dr. Norman William Goldman, 73, of Arlington, Texas passed away on September 22, 2019. Dr. Goldman was born in Detroit, Michigan to Joseph Goldman and Lillian Violet Arnold Goldman. Dr. Goldman graduated from Mumford High School in 1964 and then attended Eastern Michigan University, where he graduated in 1966. He graduated from the California College of Podiatric Medicine in 1970. He served as a Captain in the United States Army from 1970 to 1973. Dr. Goldman practiced medicine in Arlington from 1974 to 2018. He served as TPMA president from 2000-2001. Dr. Goldman loved caring for his patients. He loved Tae Kwon Do and was a 2nd degree black belt. He loved his family, his friends, and his colleagues. He loved to travel, especially on cruises. Dr. Goldman is survived by his wife Ophilia and children Jason and Candice. The visitation is on October 4, 2019 starting at 6pm with the rosary to follow at 7pm at Wade Family Funeral Home, 4140 West Pioneer Parkway, Arlington, TX. The funeral is on October 5, 2019 at 11am at St. Vincent de Paul Catholic Church, 5819 W Pleasant Ridge Rd, Arlington, TX 76016, with a luncheon to follow. 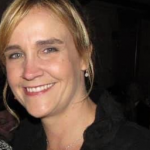 Angela “Angie” Carol Dagley, 48, passed away Sunday, March 31, 2019. Left to cherish her memory are her parents, William and Diane Rowland Jr.; her loving husband of 20 years, Timothy Dagley; sons, Kyle and Jeremiah Dagley; sister, Becca Withey and husband, Mark; and a host of other family and dear friends.

Services for Angie will be held Tuesday, April 9, 2019 at Crosspoint Church, 1134 Old Alvin Road, Pearland, Texas 77581. The visitation will be held from 3:00 until 5:00 pm with the Celebration of Life following beginning at 5:00 pm with Pastor Tom Allen officiating.

Click here to leave condolences or light a candle

Dennis Gerald Shaw was born August 27, 1948, in New York City to Joseph Schutkofsky and Matilda Rubin and died on March 19, 2018, at Medical City Dallas after losing a hard-fought battle with leukemia. He grew up in Bayside, Queens. He went to Francis Lewis High School and then graduated from Queens College in 1969 with a degree in Psychology. He met his wife, Vivian Abrams at the New York College of Podiatric Medicine. They were married on August 8, 1976. They came to Texas to do their postgraduate training in 1977 and bought their first home in Richardson. They later settled in North Dallas. He was a board-certified podiatrist. He practiced in Garland, Texas for twenty-seven years and then joined Vivian’s practice in McKinney. Stacey came along in 1981 and then David in 1986.
Dennis was a life-long Yankee fan. He is a member of the Temple Shalom Softball League Hall of Fame. He played softball from 1987 to 2005 and returned in 2012 to play with his son David. In his later years, he was known as the “softball dad.”
He is survived by his wife of forty-one years, Vivian, his daughter Stacey, son David and wife Jessica, his brother Howard and wife Penelope, and grandchildren Madison, Joshua, and Jeremy. He is proceeded in death by his parents and beloved dogs. A graveside service will be held at the Sinai Gardens at Restland Memorial Park, 13005 Greenville Ave., Dallas, TX 75243 at 10:00 a.m. on Wednesday, March 21, 2018.
The family would like to express their gratitude to the oncology nurses at Medical City Dallas for their dedicated care and compassion. If desired, donations can be made to Operation Kindness or the Leukemia and Lymphoma Society in his name.

We have learned of the passing of Harry Goldsmith DPM February 7, after a battle with cancer.

Dr. Goldsmith was a noted coding expert and a consultant to the APMA Health Policy and Practice department. His vast knowledge of coding was instrumental in the development and evolution of the APMA Coding Resource Center, and he supported APMA’s RUC and CPT initiatives, committee activities, and other efforts.

Dr. Goldsmith also was a longtime delegate to the APMA House of Delegates, at one time chairing the Resolutions Subcommittee.

Dr. Goldsmith is survived by his wife, Susan; sons Brian, Mark, and Jon Goldsmith, DPM, and their families; as well as two brothers. A small, private service will be held in his memory Friday, February 9.

The APMA Educational Foundation has established a fund in Dr. Goldsmith’s memory.  Donations can be made by visiting www.apma.org/donate.